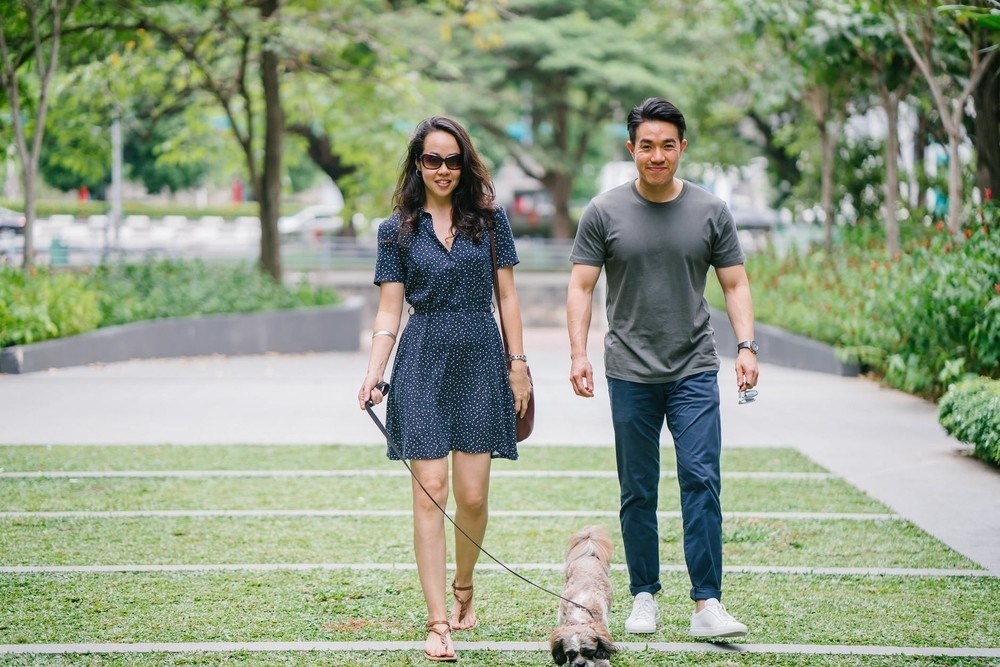 Asian hair stands out from the rest because it is usually straight with greater density compared to its Caucasian counterparts. The reason behind it is that Asian scalps have few hairs per square meter with thicker shafts.

Historically speaking, hair loss was pretty uncommon in Asia; however, times have changed and it has become a big concern among the Asians of today.

Causes of Hair Loss in Asia

Studies have shed light on the issue of hair loss in Asia and they have pointed to lifestyle and environmental factors that play a big part in the development of this hair condition.

A big factor to consider in balding among Asians is genetics. There is no escaping from the footsteps of ancestors and this hair loss is one of their legacies, hence the term “androgenetic alopecia.”

The cultural influences of the west have become more prevalent in the region and have created changes in the way Asians live. Diet, lifestyle choices, and products have infiltrated Asian culture and has created certain changes in their health in general.

Food in the region was normally composed of vegetables and healthy meat. With the introduction of pork and beef into the mix, it became a high fat diet which consequently increased the production of DHT production, a testosterone derivative in both men and women. It has many uses but it is also known to be the culprit behind male pattern baldness. Another factor to consider is the excessive production of estrogen in overweight men. Such an increase causes a hormonal imbalance that negatively affects hair growth.

Smoking is a Bad Habit

Another lifestyle change is the increase in the number of smokers. Studies have discovered that smoking can actually be related to hair loss among Asian men, and reports from the Ministry of Health in Singapore claim that the prevalence of smoking in the country has increased. Smoking destroys hair follicles because it damages the papilla that circulates the blood and hormones essential to the stimulation of hair growth.

A therapy that uses a laser of light energy  below a specific energy threshold and specific wavelength, Low Level Light Therapy or LLLT is also known as cold lasers because they do not produce heat,  preventing burns or injuries. It is used for the treatment of genetic forms of hair loss that is common in both men and women.

It works with the LLLT being absorbed by the cells that trigger enhanced cellular activity. In theory, it makes the aging cells more active and therefore increases their potency for hair growth.

The ideal candidates for this treatment would be the men and women with thinning hair that is caused by a hereditary condition. At this point, there are no studies that say that LLLT is effective for hair loss due to other causes. It has also been proven to be good for minimal to moderate hair loss, but not as good for major hair loss.

People considering LLLT for the treatment of hair loss, at home, or in a medical setting, should not undergo treatment until a physician specializing in hair loss treatment has made a correct diagnosis of the cause of hair loss.

How does LLLT work?

To understand how this therapy works, you have to be aware that the hair growth cycle has 3 phases including the growth phase (anagen phase), the resting phase (telogen phase) and the shedding phase (catagen phase). Balding caused by androgenic alopecia relies on the testosterone derivative in the skin called dihydrotestosterone. LLLT works by increasing the blood flow in the scalp and consequentially stimulating the metabolism in catagen or what are called telogen follicles. Ideally speaking, this should lead to the production of anagen hair.

Why LLLT is proven effective

There have been clashing opinions on whether LLLT is really effective. Some have completely shunned the idea and refused to use it. Others have faith in the therapy and have gone as far as suggesting that it could assist a hair transplant postoperative wound healing process and hasten the hair growth process.

Results of a randomized multicenter trial that made use of a double-blind, sham device-controlled on 110 male patients with Norwood-Hamilton classes IIa-V androgenic alopecia showed a significant increase in mean terminal hair density compared to those in the sham device group after a period of 26 weeks with the laser light comb.

The subject who used laser therapy had an increase in hair growth by an average of 19 normal-size hairs per square centimeter while those who used the placebo device decreased by seven normal-size hairs per square centimeter. Significant improvements in overall hair regrowth were also reported. The treated subjects also had hair attributes like thicker and shiner hair as well as enhanced hair manageability. In conclusion, medical experts have agreed on the LLLT being an effective method for both men and women, alone or with other therapies.

Unlike the other treatments available in the market, the LLLT caters to male and female clients, which says volumes on how effective this therapy is. Other treatments are restricted to the design of the scalp, but this one works on everyone.

At this point in time, because of its non-invasive nature, there have been no adverse effects reported. Its track record has made it more popular than ever.

The usage of waves actually got rid of two important concerns for hair therapies. They are cleanliness and the pain level. There is basically no room for infection and the sensation you feel during the procedure could be hardly categorized as pain.

Compared to the other hair loss solutions, the LLLT is actually less expensive. On average, it costs less than $500 while the X5 laser costs less than $199. The prices are set by the physicians and depend on the factors included in the treatment.

The quality of hair is improved because it promotes vascularity in the scalp, which encourages the distribution of nutrients and oxygen to the roots while increasing melanin production in the hair follicles, which darkens gray hair. Increased metabolism and the health of blood vessels in the scalp also encourage thicker, more resilient, and suppler hair.

For the therapy to be completely effective, it should be noted that it is not a one-time thing. LLLT in a medical setting requires sessions over a period of a month. It is important to know that it has to be repeated within a specific time interval for the desired results to be achieved. On that note, the permanent solution would be hair transplantation or other surgical restoration procedures. While you are going through the procedure, you can expect hair shedding for a short period of time and you should be happy about it because it is a sign that the treatment is definitely working.

Having such benefits, the LLLT might not be a permanent solution for hair loss, but it is a good one for those who need to restore their hair in a safe and painless manner.

If you are in Singapore and looking for a non-invasive way to treat your hair loss, learn more about low level laser therapy at Aesthetics and Hair Clinic. Our hair restoration specialist, Dr. Tyng Tan has relevant knowledge about the treatment and how it can be a solution to your Asian hair needs.

Simply call us now or book a consultation with Dr. Tan by filling out our inquiry form today!