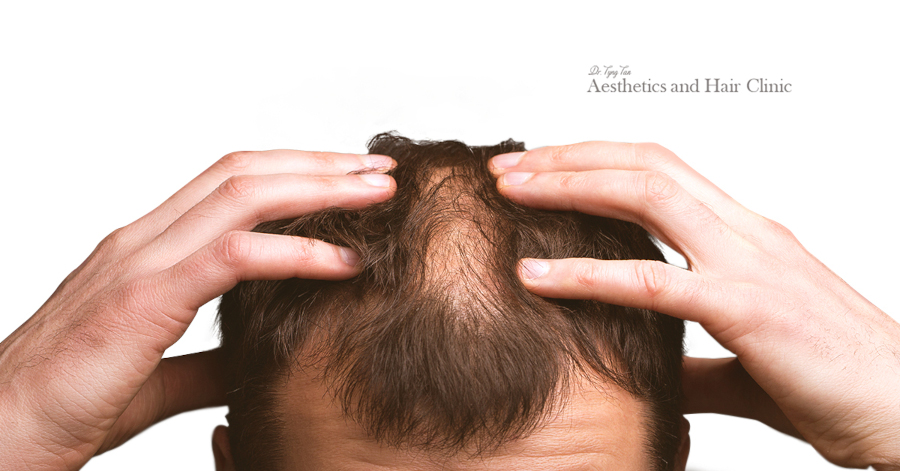 Fungal infections are among the many reasons that can also lead to hair loss. While these take many forms, the question is – will this be serious enough to result in permanent baldness? Let’s learn more about this type of infection and the potential damage it can do to your scalp. 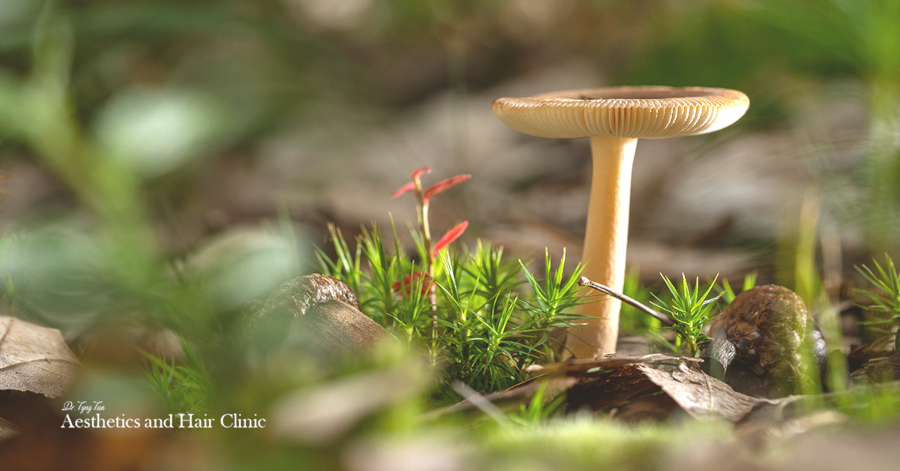 Fungi are microorganisms that have thrived for millions of years. They play a valuable part in our ecosystem, but they can also be troublemakers. Some break down plant and animal remains in the soil, or help nourish crops and trees in exchange for carbon dioxide, while others turn out to be the culprits behind certain health conditions.

But, what is true is that fungi are everywhere.

For instance, if you leave a bagel in the counter for a few days you’ll eventually notice discolourations starting to form. Without you knowing, a mould spore drifted into your kitchen and made its way on the bagel and fed on it. Just like mushrooms, toadstools, and brewer’s yeast, mould is a kind of fungus. And the reality is that we are loaded with colonies of fungi, just like the bagel.

We are hosts to fungi within and outside the body, in sickness and in health. They play important roles of the microbiome, along with bacteria and viruses.

In a DNA sequencing conducted by researchers, it revealed that there are as much as 80 genera of fungi on the body surface. By far, the most common belong to the genus Malassezia, which is teeming in areas like the head and trunk. 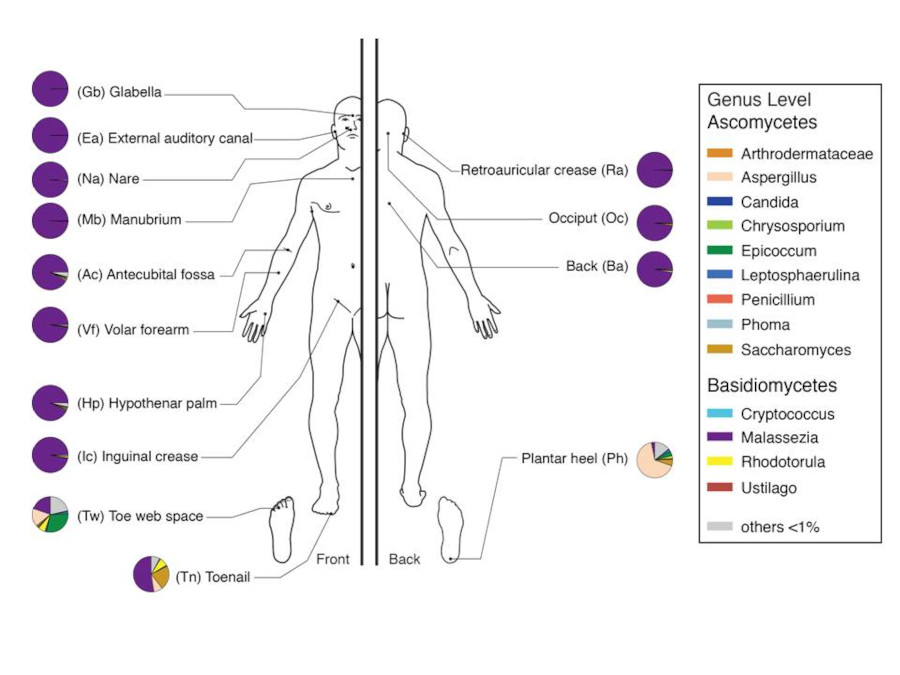 "Are You Showing More Scalp Than Hair?"

Restore Good Hair Coverage With Our Non-Shave FUE. It Is Less Invasive, Minimal Downtime, & Nobody Has To Know You Had it Done. Find Out How!

Which Fungal Infections Affect the Scalp?

While fungal infections are common elsewhere in the body, the head is not spared. There are several conditions that affect the scalp. But, will it always result in hair loss? Let’s find out. 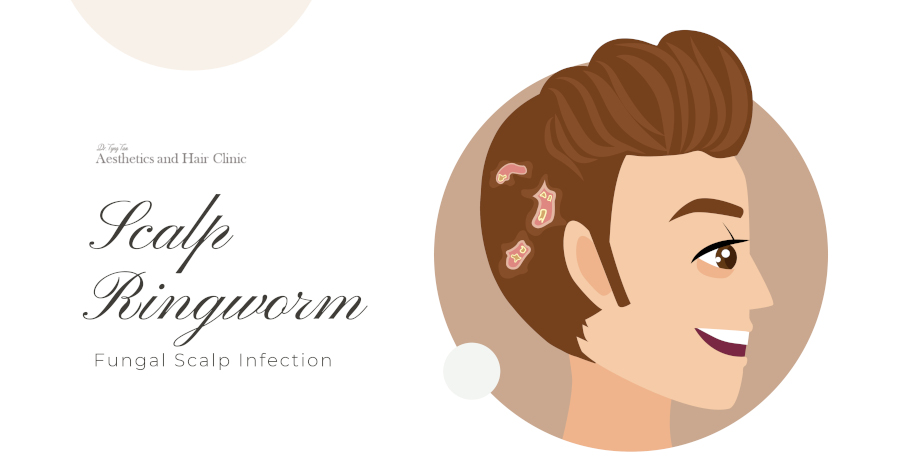 Tinea capitis, commonly known as scalp ringworm, is a superficial fungal infection of the scalp that also
targets the hair shafts and follicles. Sections of hair may break off leaving short stubs and scaly, red areas or bald spots. Unfortunately, it will not go on its own, and if it is left untreated, these areas can gradually spread.

This condition mainly affects children and it is uncommon after puberty. If it occurs in adults, the symptoms may be atypical which can delay a diagnosis. Fortunately, this is relatively uncommon in Singapore. But it serves as a good reason why we shouldn’t be sharing combs, hats, pillows, or towels because this can spread through person-to-person contact.

A prescription oral antifungal is the main treatment for ringworm of the scalp. Hair normally grows back 6-12 months after successful treatment, but it may result in skin pigmentation. In the meantime, a hat or scarf can help conceal the bald spots. 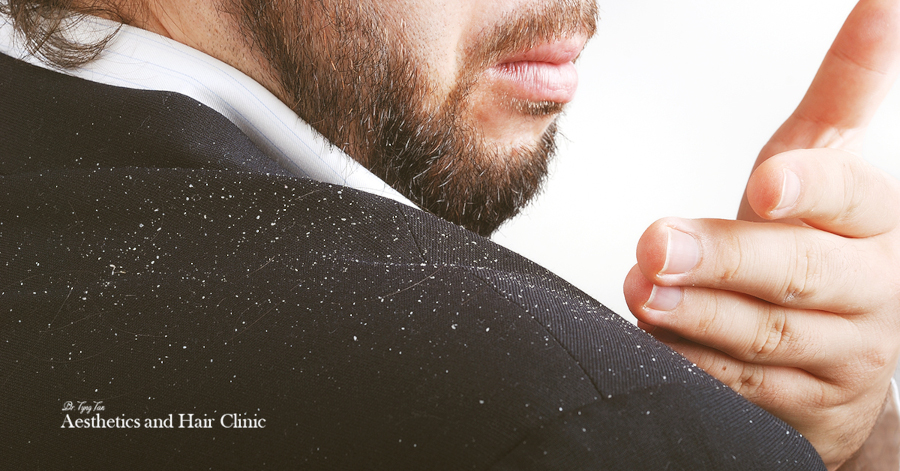 This condition needs no introduction because it is a common problem shared by almost everyone, although the situation can escalate in some cases.

Dandruff is triggered by Malassezia. As mentioned earlier, this fungus normally thrives in your scalp. However, some people have too much of it, causing skin cells to multiply quickly than usual. This explains why you get those dry, white flakes that you brush off your shoulder; or you could try tousling your hair and you can see them falling off like tiny snowflakes!

This problem is unrelated to poor hygiene, as many would assume, but it helps if you keep your scalp regularly washed. This condition is more likely to develop in individuals with certain skin or medical condition or if they use the wrong hair care products.

Dandruff itself doesn’t cause hair loss. But it can become so itchy and inflamed that can result in temporary hair loss. Vigorous scratching can injure the hair follicles, which can lead to some degree of hair fall, though not complete baldness.

This problem is almost always controlled topically. For mild cases, daily cleansing using a gentle shampoo is all that is needed to control the oil and skin cell buildup. If that doesn’t work, you can move on to medicated dandruff shampoos. While various treatments are available over-the-counter, severe cases must be checked by a doctor. 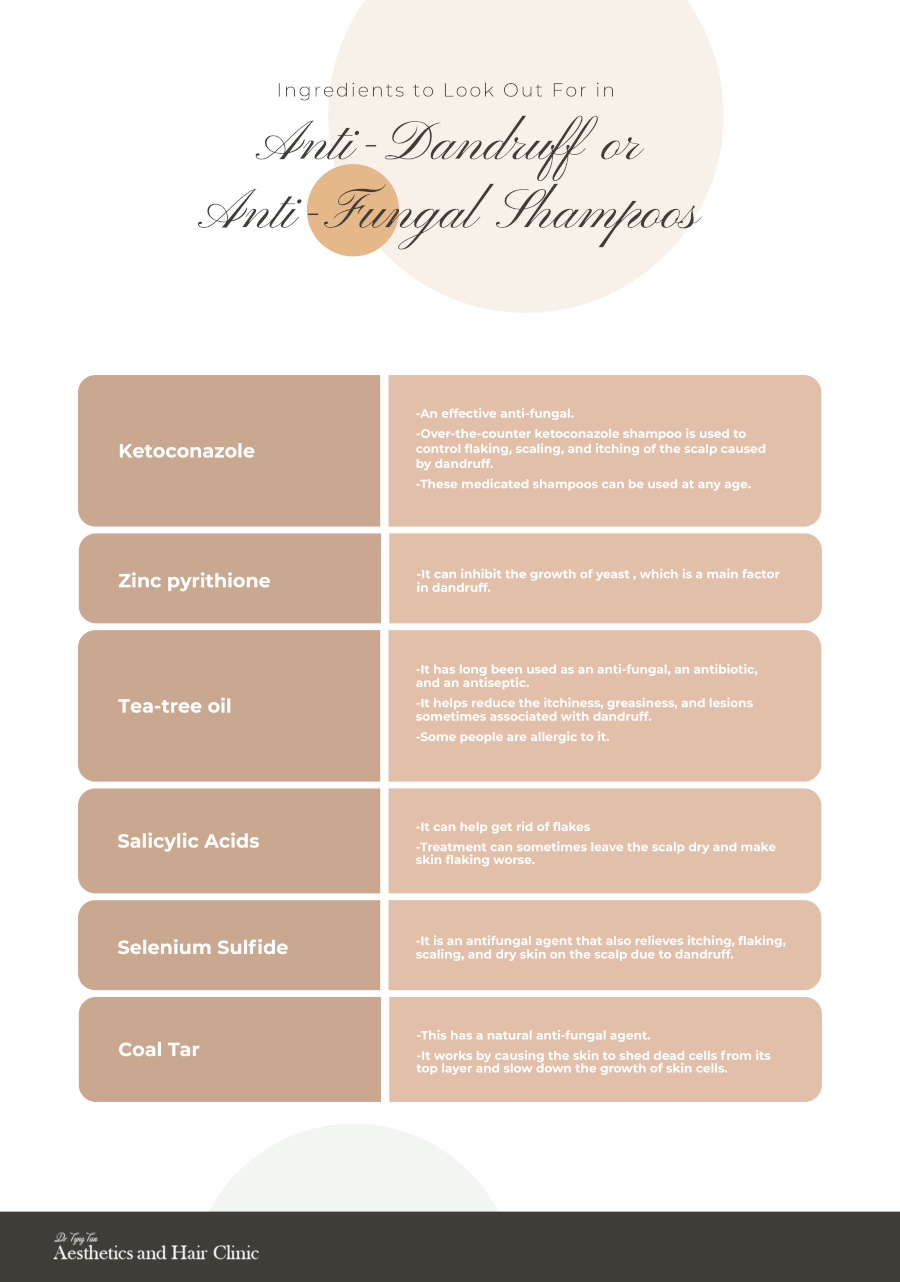 Candida is a type of fungus that can result in yeast infections. Studies have identified over 20 species, but common Candida infections of the skin are triggered by one that is known as Candida albicans. This microorganism loves warm and moist areas, but it’s also possible to develop yeast infections even outside these conditions. In some cases, the natural environment of your skin may be unbalanced, and this can be due to: 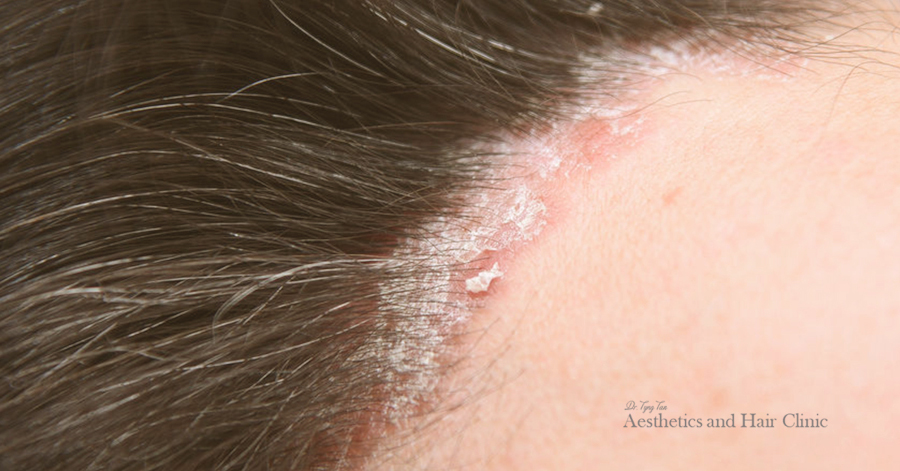 Yeast infections of the scalp can lead to patchy hair loss. If it lasts for extended periods of time, the skin in affected areas may accumulate a lot of dead skin and flakes. Then again, this can be itchy, and if you give in to it by frequently scratching the affected area, or apply drying chemicals, it can result in hair follicle damage. In the absence of the proper treatment, it can lead to some hair loss.

The discomfort associated with yeast infections should not be taken lightly. Beyond its aesthetic damage, the small cuts that you could inevitably make while scratching can provide an entryway for the fungus to get under the skin surface. And there it finds a home with favourable conditions to thrive! From there, the infection can spread to other parts of the body, such as the eyes, mouth, digestive system, and bones to name a few. Fortunately, this yeast infection is curable.

Scalp yeast infections are common in individuals who have hypothyroidism, diabetes, or a weakened immune system. Co-existing skin conditions can also increase your chances of developing this type of infection. Lichen planopilaris, in particular, can destroy the hair follicle and replace it with scarring, resulting in patchy, progressive, and permanent hair loss.

Our Response on this Matter…

With the information we have regarding fungal infections on the scalp, does it really warrant surgical correction through hair transplant? Not necessarily so.

Since we take a customised approach in our treatment, we make sure that a thorough evaluation is made prior to any course of treatment. We don’t jump right into invasive treatment. There is a range of solutions available to us. But, we don’t give a definite answer to a problem without going through the pertinent details first! That is our promise for everyone whether your hair loss concerns are triggered by some fungal infection, a medication, or by genetic predisposition.

While it’s tempting to just self-medicate, seeking prompt medical help with your hair issues can bring you a step closer to the solution without dragging the problem any longer than it should. For such concerns, you can book an appointment with Dr Tyng Tan today. 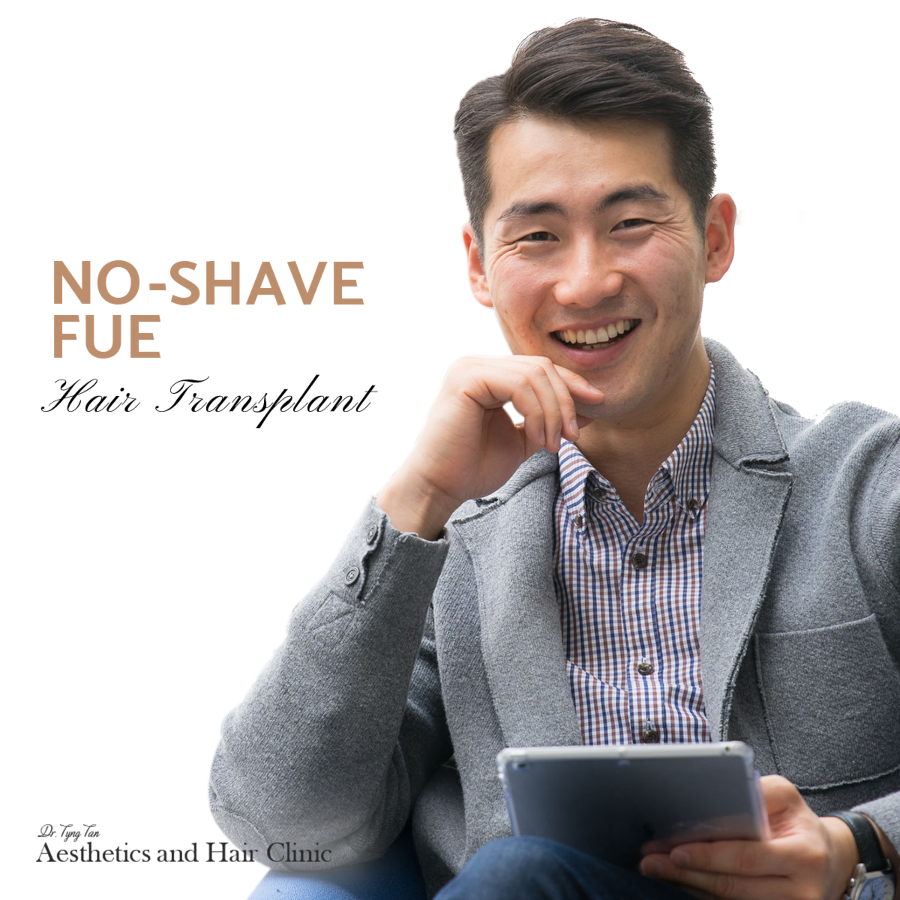 Are You Showing More Scalp Than Hair? Restore Good Hair Coverage With Our No-Shave FUE.