All About Acne: What Causes Acne and How Do You Treat It? 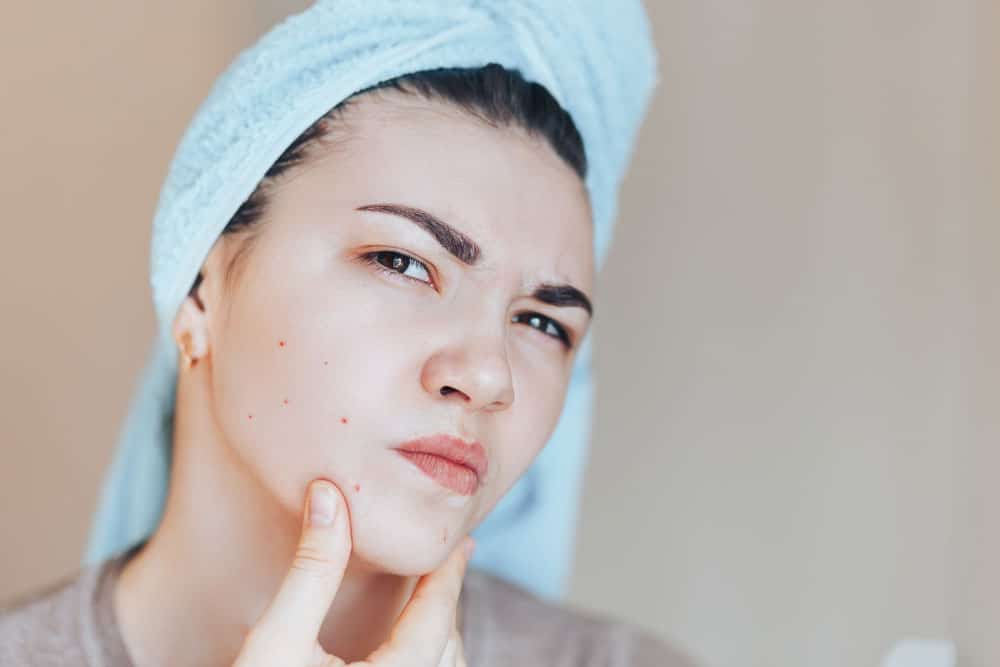 Teenagers, for the most part, are expected to experience some sort of skin problem. This includes the dreaded acne or pimples, which are usually skin conditions that they have to go through. Most were lucky to get rid of them in their adult life, but for some, they never left.

The erosion of their self-confidence is expected, looking back at that stage of their life as the onset of self-doubt and worth. Such damaging effects could have been easily avoided had these skin problems been treated correctly.

These two can easily be confused with one another, but it is important to know the difference between these very common skin problems.

Acne is basically a skin disease that has got a lot to do with sebum (skin oil), keratinization (shredding of dead skin cells), and the irritant bacteria.

This is caused by the secreted sebum that are collected in the pores of the skin and are trapped there. Because they could not get out, the skin gets elevated in the form of what we call a “breakout.” Some of them would even have a head, but is not expected in all of them. However, it would most likely produce a white head and would be quite painful as well.

Acne has two types. Those seen in individuals who are experiencing puberty is called acne vulgaris, while the adult acne is called acne rosacea which is more often than not caused by genetic factors. This kind of acne can actually range from mild with most of them being blackheads to the really severe ones called cystic acne.

Pimples, on the other hand, are a form of acne since any breakout on the skin is eligible to be called acne. Generally milder compared to acne, pimples surface on the skin because of the blockage of skin pores by dead skin cells that are held back by sebum. They are also generally not caused by genetics.

Oily skin are prone to having pimples because such a skin type secretes more sebum creating the bigger probability for the skin to have sebum deposits. This definitely emphasizes the need to keep the skin as clean as possible at all times.

How to prevent acne and pimples

Skin can get easily dirty, depending on its environment. To maintain its cleanliness, wash your face at least twice a day to eliminate the excess oil, dirt and dead skin cells that might be already resting on your face. Facial cleansers are good for keeping the skin moist and clean.

Do not forget to stay clean with the other parts of your body like your hair because it touches your face leaving all its dirt and impurities on your face. Hair can get oily too so try to use lessen the oiliness by using clear shampoos.

While we are on the topic of a clean face, your hands are also good agents for the bacteria that your face should avoid so stop touching your face regularly. Also, please consider the diet that you, specifically chocolates and junk food because they also make your face oily. Replace them with grains, veggies, and fruits.

How to treat pimples

When treating pimples or acne, the patient should first determine if it is a case of inflammation or just bacteria. There are acne that consists of red bumps on the skin without open sores and can be effectively cured by topical creams and lotions. The most popular ones include Benzoyl peroxide, salicylic acid, topical retonoid medicines like tretinoin, adelaic acide, and isotretinoin which is an oral retinoid.

Should there be inflammation with open sores, oral antibiotics or istotretinoin would treat them more efficiently. 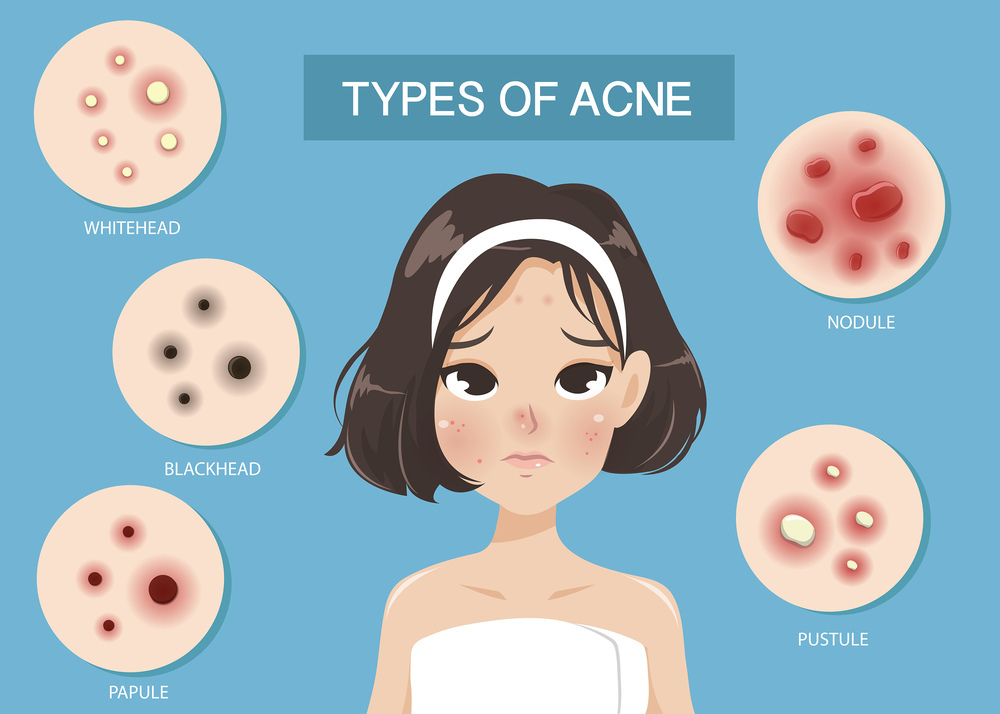 When you look at the mirror and see some black spots or white bumps on your face, do not panic because they are just basically your technically-clogged pores. Though not as menacing as acne or pimples, they can occur regularly and  be a tad tedious to get rid of.

The difference between blackheads and whiteheads

When we say blackheads, it is about the stretched and open part of the pores found on the surface of the skin. They appear to be black because of the chemical reaction of the dead skin cells combined with bacteria, and oil that got stuck in the pore. Because of the cause of the situation, it is also known as open comedone. Comedones are the follicles with wider than normal openings and can be found in other body areas as well.

With the white heads, they are also clogged pores but unlike the blackheads, the pores are not stretched open and the openings are so microscopic so the clogged areas are not exposed. This is why whiteheads are also called closed comedones. Such a condition prevents air from reaching the follicle, leaving it unoxidized and creating the color white.

How to prevent whiteheads and blackheads

Seeing them on your face as impurities, you get the urge to squeeze them out but this should never be done. Because they are recurring, repeated squeezing would only make the pores larger. So no matter what you do, avoid squeezing them at all cost.

Whiteheads and blackheads can be prevented from happening on your face and one good way to achieve this is to use doctor prescribed solutions that include vitamin A-based creams. They prevent the clogging of the pores and formation of larger acne lesions that you don’t want on your face. Another solution is lipohydroxy acid, which is also effective for treating pimples. And like acne, a clean face is always a good place to start so do not forget to wash your face at least twice a day for that squeaky clean surface that your face needs to combat these unsightly formations.

Treatments for blackheads and whiteheads

To treat the said skin conditions, there are over-the-counter creams and facial washes that you can easily purchase so there’s no need to panic.

These treatments usually contain benzoyl peroxide, sulfur, resorcinol, salicylic acid, or even lactic acid as their active ingredient. These are known to dry the skin and heal the blemishes caused by blackheads and whiteheads through the elimination of the oil and dead skin cells of the target area.

As a reminder, both of them are prone to infection by a bacteria named Propionibacterium acnes. This causes the face to turn red with swelling on the affected skin areas. For this reason, it would be a great idea to treat them as early as possible, effectively preventing this kind of infection. Popping or scraping them with sharp objects can cause scarring and uncannily more bacteria.

While you are treating them, always keep in mind that it might take time for them to heal with most of them requiring at least several weeks before anything noticeable happens.

These supposed teenage skin problems are remedied with medical treatments. Dr. Tyng Tan of Aesthetics and Hair Clinic in Singapore has experience in understanding and treating the delicateness of the Asian skin. Dr. Tan offers skin rejuvenating treatments that will leave your skin smooth and pimple-free.


How can I get help with Acne?

Acne does not have to be a life-long problem. The right treatment can improve the appearance of your skin.

Call us now or simply fill out our inquiry form to schedule your consultation with Dr. Tan today! 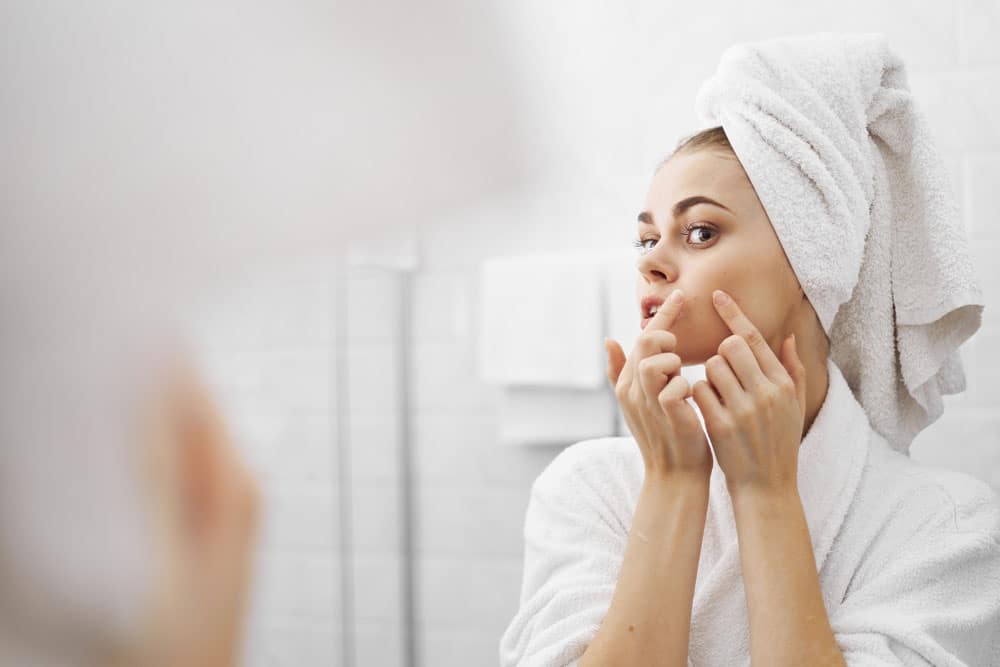 How Not to Let Acne Ruin Your Teenage Years and Beyond